IN THE NAME OF Allah, THE MOST GRACIOUS, THE MOST MERCIFUL

Allah ! There is no god but He, the living the Self-subsisting Supporter of all, no slumber can seize Him nor sleep. His are all things the heavens and on earth. Who is thee can intercede in His presence except as He permitteth? He knoweth what (appeareth His creatures as) Before or After or Behind them. Nor shall they compass aught of His knowledge except as He willeth. His Throne doth extend over the heavens and the earth, and He feeleth no fatigue in guarding and preserving them: for he is the Most High, the supreme ( in glory

Dear Captain.
Thank you for the continued encouragement, and your kind words.

thanks for the wonderful words.

Are welcome and Capacity 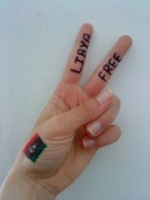